The Genocide in Srebrenica Through Legal Judgements

In July 1995, the Army of the Republika Srpska, known as the VRS, invaded the town of Srebrenica in eastern Bosnia and Herzegovina (BiH). In a few horrific days, more than 8,000 Bosnian Muslim boys and men were taken to places of detention, abused, tortured, and then executed. As their bodies were falling into mass graves, a machine primed to deny those very crimes was being set into motion.

“After Srebrenica fell to besieging Serbian forces in July 1995, a truly terrible massacre of the Muslim population appears to have taken place. The evidence tendered by the Prosecutor describes scenes of unimaginable savagery: thousands of men executed and buried in mass graves, hundreds of men buried alive, men and women mutilated and slaughtered, children killed before their mothers’ eyes, a grandfather forced to eat the liver of his own grandson. These are truly scenes from hell, written on the darkest pages of human history.”

In 2004, a working group which was a part of the Commission for investigating crimes in and around Srebrenica that occurred from 10 to 19 July 1995, proved that 21,150 people directly or indirectly took part in the preparations and fulfillment of the Srebrenica genocide. The Commission for investigating these crimes in and around Srebrenica was established by the Government of the Republika Srpska.

In 2007, the International Court of Justice found that Serbia had committed a breach of the Convention on the Prevention and Punishment of the Crime of Genocide by failing to prevent the genocide from occurring, for not cooperating with the ICTY in punishing the perpetrators of the genocide, and for violating its obligation to comply with the provisional measures ordered by the Court. 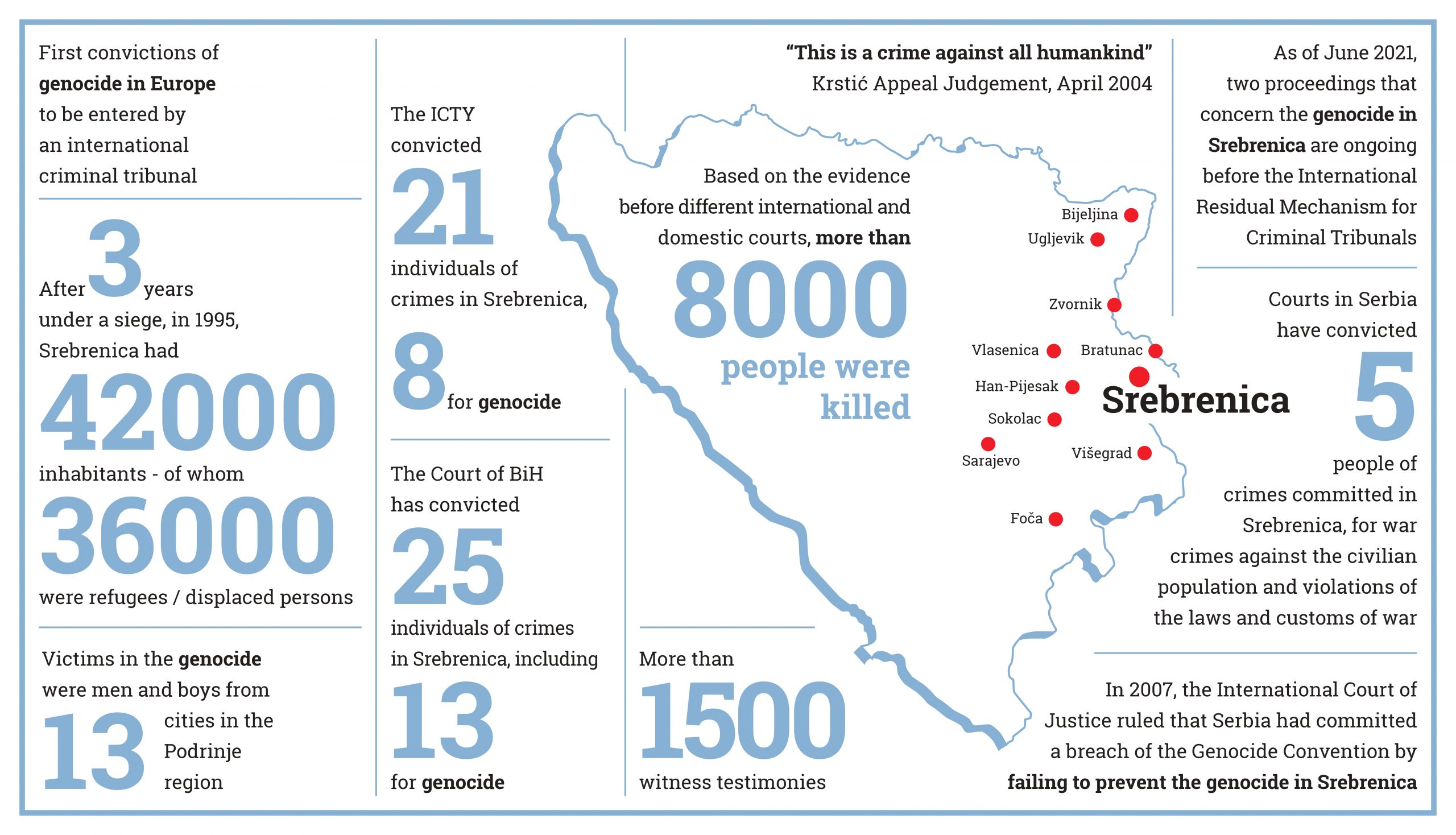 For information about becoming a member or taking part in our activities:
[email protected]